“Partners in reinvention” is the beautiful story of the popular A-ha group told by Volkswagen.

Car brands are clear that the road to electrifying cars has started and is unstoppable. Little by little the models that are launched have their alternative in electric format or have given up on their gasoline versions.

The most iconic cars in turn are making the transition to more sustainable models, and the brands are sparing no resources when it comes to advertising campaigns. This is the case of Volkswagen, which tells us in a beautiful story how the popular Norwegian group A-ha has evolved after its everlasting hit “Take on me” burst the charts around the world and defined a generation.

“Partners in reinvention” is the story of A-ha and Volkswagen to announce the new electric model of the iconic “Camper”. And it does so in a very emotional way, with the different components of the Norwegian group explaining their vision 40 years after how they composed “Take on me”.

The commercial has been made by the Grabarz & Partner agency and directed by Toby Die of RSA Film to tell a reinvention story between A-ha and Volkswagen as they travel through their homeland in Norway. The band opines about the importance of dreaming big and the fact of what is considered “being iconic” while an acoustic version of “Take on me” and places in Norway play in the background.

This link between A-ha and Volkswagen is not new, but the brand has already used a version of the song for an advertising campaign titled “Take On Me by Volkswagen”. On the other hand, singer Morten Harket is passionate about electric cars and was the first to introduce an electric model in Norway. 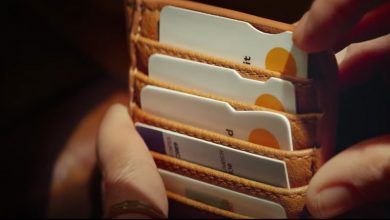