Macy’s Christmas commercial presents the emotional story of Tiptoe, a reindeer with a fear of flying in “Tiptoe The Reindeer and the flying machine.”

Halloween passes and brands prepare for the Christmas campaign. And they do it to encourage and anticipate consumer purchases given the forecast of lack of supply in the coming days. One of the first is the Macy’s Christmas commercial.

The American department stores present us the story of a reindeer who wants to fly in an emotional story with a careful staging.

“Tiptoe and the Flying Machine” is Macy’s Christmas commercial and was created by BBDO New York, who has been working for the brand since 2017. The campaign follows Macy’s tradition of creating soulful characters for holiday ads. . This time they introduce us to Tiptoe, a reindeer who is afraid to fly before what would be the great test of his life: carrying Santa’s sleigh.

This year, the Christmas campaign is coming forward for fear of the lack of provisions in stores. Eslogan Magazine

The solution to the problems is given to his friends, creating a placebo and making him believe that he needs a machine to fly. When all else fails, the word “Believe” engraved on her saddlebag helps her soar. A final wink that the brand has been using in its Christmas campaigns for thirteen years. In the end, everything is a story told by a father to her daughter in the face of her fear of catching a plane.

Apart from appearing the Macy’s Christmas commercial, Tiptoe will have a special role in the now famous Macy’s Parade. This parade of huge balloons of famous people has been celebrated for 100 years through the streets of New York and this year it recovers its presence; with 15 balloons representing characters, 36 inflatables, more than 800 clowns, 10 music bands and 9 groups that will perform different performances.

Macy’s will also create a stuffed Tiptoe that it will donate to local NGOs and the Make-A-Wish Foundation that helps children with serious illnesses.

Adidas and Trae Young show kids that "Impossible is Nothing" 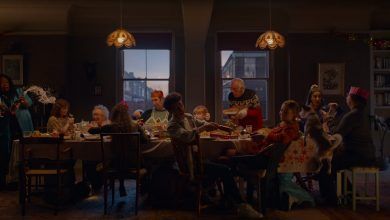