Chevron’s fake advert is a criticism of oil companies and their role in fighting climate change.

That companies are using the fight against climate change as a “green washing” of the brand is not something new. Many, like Volkswagen, have been successful in selling their production of electric cars as something clean and renewing their brand image, seriously damaged by the scandals in the emissions of their cars.

Angry with this typology of practices, the filmmaker Adam McKay, director of the film “Don’t Look Up” has made a Chevron’s fake advert, the US oil company. He has posted it on social networks and has already more than 6 million views.

A complaint against the use of Green Washing

The fake Chevron advert was posted by the director on his Twitter account with the phrase: “Has anyone seen this Chevron ad?” Adam McKay did not make any reference to the fake piece and the viewers believed that it was really an advertisement for the brand.

The result? More than 6 million views and 40,000 retweets in a few days. And it is that Chevron’s false advert plays with the audiovisual codes of this type of practice by large companies: A use of archive images that reflect nature and how we humans enjoy it. A relaxing music and a text that evokes our best purposes. The warm piece ends with a powerful message: “At the end of the day, we at Chevron don’t give a shit about you, your weird kids, or your dog. We have millions and millions of dollars to pay for this ad time, this cheesy montage, and this crappy music.”

Virgin's hilarious advert rides a cow on a motorcycle

The emotional Ralph Lauren commercial: “Family is who you love” 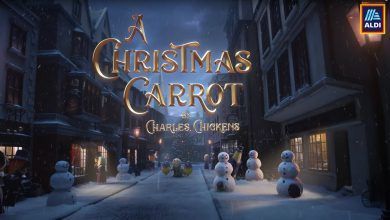