We analyze the century-old rivalry between Coca-Cola and Pepsi through its advertising campaigns.

Coca-Cola and Pepsi have been battling for control of the territories for more than 100 years. A story that began in 1886 when Dr. John Stith Pemberton invented a syrup in Atlanta called Coca-Cola. Only eight years later, Pepsi came into being, created by Caleb Bradham, another pharmacist based in New Bern, North Carolina.

With large investments in advertising and a powerful distribution network, Pepsi became the favorite beverage in the United States. Coca-Cola did not stay behind and began to counterattack to regain market share. A battle that peaked in 1975 when Pepsi launched the “Pepsi Challenge” and won Coca-Cola in a blind taste test.

We are going to show in this post the best advertising campaigns of Coca-Cola and Pepsi. We celebrate that this rivalry has left true advertising pearls that have gone down in history. We leave you with the best Coca-Cola vs Pepsi commercials.

And here finish our report on the best ads for Coca-Cola and Pepsi. If you think there is one better brand than the other or some other ad that you want to highlight leave us a comment and we will discuss it;) 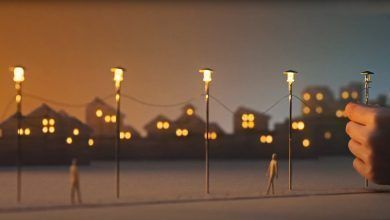